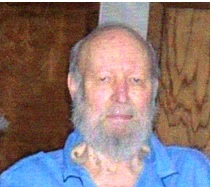 Stan was a veteran of the Korean War in the Navy. After he was discharged, he attended the University of Wyoming where he earned his degree in engineering. He went to work for Armco Steel and was transferred to Houston and spent the rest of his career there until he retired.

Services will be held this Friday January 2, 2015 at 1:00pm at Crowder Funeral Homes 111 East Med Ctr Blvd, Webster Texas. Immediantly following the service, there will be a small gathering for family and friends at the home of Charlette 947 Festival Dr. where lunch will be served.