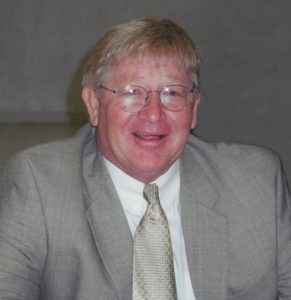 Selden was a lifelong resident of Bacliff and Dickinson, and a graduate of Dickinson High School class of 1968. He loved watching Gator football on Fridays and Aggie football on Saturdays. Selden enjoyed playing tennis, fishing, and cruising around town. He especially loved watching his girls play sports. Selden had been a car salesman with Gay Pontiac for many years and was a lifelong member of Holy Trinity Episcopal Church. He will be remembered for his contagious laugh and the smile that he carried with him all day long. Selden never met a stranger and made friends everywhere he went; he was so loved and will be greatly missed.

Visitation will be held on Saturday, July 22, 2017 from 3:00pm to 5:00pm at the Crowder Funeral Home in Dickinson, followed by a funeral service at 6:00pm at the Holy Trinity Episcopal Church in Dickinson, with Rev. Stacy Stringer officiating.

The family would like to especially thank, Melissa Smith, Melanie Malin, John Thomason, Rosalia and Angel Gonzalez, Christine Haddock, Ewa Sereal, and Rachel Cole (Traditions Hospice), for all the great care and love that was given to Selden.

In lieu of flowers donations may be made to Dickinson Education Foundation in honor of the Selden Malin Scholarship (P.O. Box Z, Dickinson, Texas 77539).