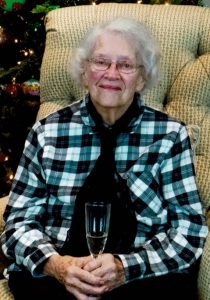 Lillian Melvin Dickerman died peacefully September 8, 2020 with her family at her side. She was born in Florence, South Carolina on April 14, 1922. She attended Augusta College and Duke University. She was preceded in death by her husband of over 60 years, Willis Clark Dickerman. They previously resided in Pasadena, Texas where they raised their family. Lillian was a member of the Houston Assembly of Delphians and the Galveston Bay Power Squadron. She is survived by her four sons and their wives, James and Patsy, William and Debbie, Kenneth and Charlotte and Roger and Darla, along with eight grandchildren and fourteen great grandchildren. Funeral services will be held at 10:00 AM on September 17 at the Crowder Funeral Home located at 111 East Medical Center Blvd., Webster Texas 77598, with her burial to be held at the Houston VA Memorial Cemetery later that day. In lieu of flowers please provide support to The Galveston Island Humane Society 6814 Broadway, Galveston, TX 77554 (409) 740-1919.