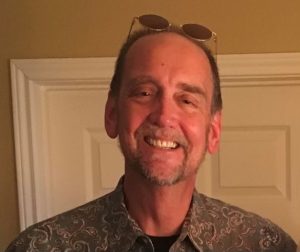 David Dismukes died in League City, Texas on July 29th at the age of 60. David was born in Port Arthur and grew up in Groves, Texas. He attended school in the Port Neches Groves area until he relocated to Baton Rouge where he graduated from Robert E. Lee High School. David also attended Louisiana State University and received a Bachelor of Science in Pharmacy degree from Northeast Louisiana University in Monroe, Louisiana. David was a resident in League City, Texas for the last 30 years, worked as a pharmacist in local hospitals and joined the staff at Mainland Medical Hospital in Texas City.

As a boy, David was active in Little League ball, Boy Scouts of America, played trombone in the school band and played high school football.  David enjoyed cooking and baking for family and friends and going to the family beach house “Seascape” on Bolivar Peninsula.

David is one of five children born to Bobby and Virginia Dismukes. He was preceded in death by his father Bobby and brothers Robert and Richard “Dale”.