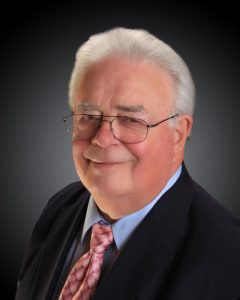 Bill Cook passed away at the age of 87 on December 29,2020 at Tuscany Village Nursing home in Pearland Texas.

Bill was born in 1933 in Baytown, Texas to parents Joshua and Dora Cook. He grew up in Houston and later moved to Needville Texas where he graduated from Needville Highschool in 1951.Bill married Ouida Carolyn Dean in 1954 in Rosenberg Texas. They moved to Pearland in 1959 where they raised five children and cared for several foster kids. He worked at Pearland Lumber for 42 years. After he retired, he got his real estate license. Bill was a member of the Lions Club for over 50 years and enjoyed watching John Wayne movies, bowling, and spending time with his family.

He was preceded in death by his parents Joshua and Dora and his loving and devoted wife of 55 years Quida. Bill Is survived by his sister, Virginia Marie Cook, and his children Gordon Cook and wife Sharon, Leslie Cook and wife Mary, Karen Cook, Dean Cook and wife Nell, and Gary Cook and his wife Jamie.  He has nine grandchildren and nineteen great grandchildren.

The family would like to extend many heartfelt thanks to Bill’s co-workers, customers, and his many friends. We would also like to give special thanks to the staff at Tuscany Village for taking such great care of him while he stayed there.

The visitation will be held at Crowder Funeral Home in Pearland on 01/06/2021 from 9 am until 11 am with the service following immediately afterwards. The graveside service will be held the same day at 2 pm at the Immanuel Evangelical Church Cemetery on 14900 FM 1236 in Needville, Tx.