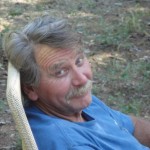 He served in the U.S. Army during the Vietnam War. He was a member of Faith Lutheran Church in Dickinson, Texas. He retired from LBC-Houston after thirty eight years of service. Buddy was an outdoorsman and enjoyed fishing, traveling, and working in the yard. He took care of his family and would always do the right thing. (WWBBD?)