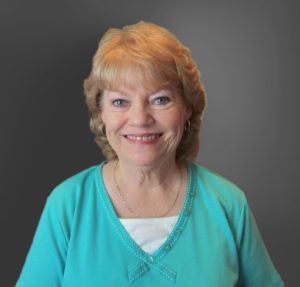 Virginia “Jenny” Burns McDonald was a caring wife, mother, grandmother, sister, aunt, and friend. She passed away suddenly on April 30, 2022, at age 73.

Jenny was born to Leon and Doris Burns on January 15, 1949, in Baxley, Georgia. The family moved to Macon, Georgia where she grew up and went to school. She attended Bibb County schools and graduated from A. L. Miller in 1967.

She met the love of her life, Ray McDonald during her high school years, and they married on August 19, 1967. They had a daughter, Heather, and moved to the Houston area in 1973. They eventually settled in Deer Park, Texas where they built their life. Jenny worked at Wallace Company, Inc. for 20 plus years as a data processor.

Jenny loved spending time with her family at holidays, birthdays and any celebration or milestones. She prepared delicious home cooked meals for family gatherings. Family and traditions were very important to her. Ray, Jenny, and Heather would travel to Georgia often to visit family.

Known by friends as Uncle Ray and Aunt Jenny, they always welcomed anyone into their home.

Her three grandsons brought her so much joy. She loved them dearly. She enjoyed going to their school functions, band performances, and watching their sporting events. She established traditions with them such as coloring Easter eggs, spending the night on Christmas Eve and tucking them in with a bedtime prayer.

Jenny had a great sense of humor and quick wit – she had to have to be with Ray. Listening to music was a huge part of her life. She was a Christian and enjoyed watching church on TV every Sunday.

There will be a visitation on Tuesday, May 17, 2022, at Crowder Funeral Home in Webster (Clear Lake) from 2:30pm to 4pm with a service will follow at 4pm.