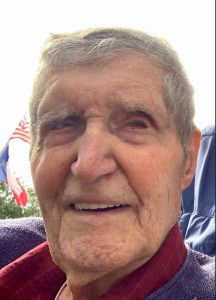 He was born on September 22, 1928, in Memphis, Tennessee to Thomas Jefferson and Evelyn Hogue Adams.  He was a graduate of Messick High School in Memphis and earned bachelor’s and master’s degrees from Louisiana State University (LSU).  While at LSU he was a member of both the football and track teams.

He received a military commission from the LSU ROTC program, and served in the Army at the Army Missile Command in Huntsville, Alabama.  He joined NASA in 1962 and worked at the Johnson Space Center from 1962 until his retirement in 1989.  He worked on the Apollo and Shuttle programs.

In lieu of flowers please make a donation to your favorite charity.

A graveside service will be held for the family.