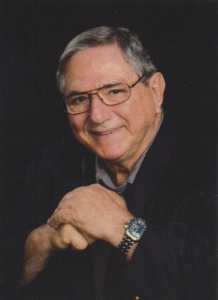 Robert H. Nicholas, Jr., 77, passed away on January 5, 2020, in Houston Texas. He was born in Port Arthur, Texas, to Robert H. Nicholas, Sr. and Nancy Salvagio Nicholas. He is survived by his wife of 56 years, Mary Nicholas; daughters Lisa Wood and her husband, Everest Wood; Elana Richards and her husband, Mark Richards; sister, Ann Hecker and her husband, Ray Hecker; brother, Bill Nicholas and his wife, Madeline Nicholas; grandchildren; Trevor Wood, Celeste Wood, Cody Richards and his wife, Taylor Richards, and Cameron Richards; great grandchild, Wyatt Richards and numerous family and friends.
He earned his Bachelor’s Degree from Lamar University in Beaumont, Texas, followed by a Law Degree from the University of Texas. He worked as a maritime Attorney for Exxon Corporation for 25 years, and law firms Baker Hostetler and Phelps Dunbar. His passions in life were his work, ham radio, and most of all sailing.
In lieu of flowers make donation a to one of your favorite charities.
A visitation will be held on Thursday, January 16th, 2020 at 6pm with a vigil at 7pm and a rosary following at 7:30pm at St. Bernadette Catholic Church 15500 El Camino Real, Houston, TX 77062. Funeral mass will be held on Friday, January 17th, 2020 at 11am, also, at St. Bernadette Catholic Church with a reception to follow.