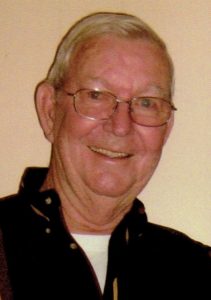 Merrell Arlon Jenkins, 77, a resident of Pearland, TX formerly of Alvin, TX and Houston, TX passed away May 15, 2019. Merrell was born on June 6, 1941 in Carmichael, MS. Merrell was employed with Astroworld for 19 years, and he enjoyed his success in his second career as The Guy on 35 for 17 years.

Memorial visitation will be held from 5-7 pm on Monday, May 20, 2019 with a memorial service to begin at 7 pm in the chapel of Crowder Funeral Home in Pearland.

In lieu of flowers, memorial donations in his name may be made to Houston Museum of National Science in care of the Cockrell Butterfly Center.