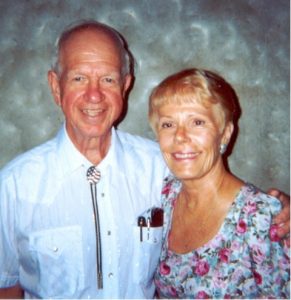 Marlys Stament Rivard, age 79, died on Thursday, Jan. 9, 2020, in hospice care at her home in Clear Lake City, surrounded by friends and family. She died after a courageous six-year battle with congestive heart failure and Parkinson’s disease with complications.

Marlys was born Jan. 19, 1941 in Minneapolis MN to William J. and Stella Fries Stament. She married John Rivard in 1963 and the couple lived in the Houston area for their 56 years together. Marlys was a loving and devoted wife, an exceptional mother and home manager and the Rivard family financial officer and social director. She was a “professional Mom.”

Marlys and John raised three beautiful daughters, two of which suffered severe brain injuries in separate automobile accidents during their teen years. With courage, steadfast perseverance and dedication, Marlys directed and led the long fight back from coma and the subsequent years of rehabilitation for both daughters. Although daughter Kathleen ultimately succumbed to a seizure-related loss of oxygen to the brain, the rebuilding of daughters Kathleen and Stephanie was Marlys’s greatest accomplishment, a tribute to a mother’s love and commitment to family and duty. During the years of rehabilitation for their daughters, Marlys and John helped establish the local chapter of the Brain Injury Foundation to help other families suffering this silent epidemic.

After the 1989 death of daughter Kathleen, Marlys and John found relief and pleasure in dancing, which became an avocation. They traveled to and danced in all 50 states, finding joy, exercise and purpose in polka, Cajun and country-western swing dancing. They became ambassadors of dance, and helped publish a monthly newspaper, The Texas Polka News, continuing that publication for a dozen years after the death of its founder. Marlys’s “Red-Neck Recipes” monthly feature became a popular part of the paper. Their dancing adventures found them dancing in 485 Texas dance halls over their 24-year dancing career. Her irrepressible personality made fun happen in whatever circles she traveled.

Marlys was an excellent seamstress who made all the wardrobes for the Rivard daughters as they were being raised, and all her own clothes. Later she volunteered two days per week for 20+ years in local charitable thrift shops benefiting battered women, turning this community service into an opportunity to become clothier for her family.

After daughter Kathleen died in 1989, Marlys turned her mothering energies into shepherding the 4-year-old class at St. Bernadette’s Mother’s Day Out program for five years, thereby creating the “Kindergarten Cop” role before Arnold Schwarzenegger did.

A staunch social and fiscal conservative, Marlys was ever ready to talk politics and was never known to lose a discussion with a liberal. She would say this was because she was “right.” The Rivards became active in politics and Marlys became a Republican precinct chairman before their daughter’s head injuries eclipsed all such activities.

Marlys had a strong belief in God and her Catholic faith. The Rivard family became active in their parish church affairs, helping to instill solid Christian values in their daughters. She served on the Parish Council at St. Mary’s in Laporte and started a Junior Catholic Youth Organization (CYO), building on her earlier success as a Brownie leader. In later years as she battled her illnesses, Marlys developed a strong devotion to the Archangel Raphael (associated with healing), the Virgin Mary – Undoer of Knots (who unties knots in our lives), and Padre Pio.

In lieu of flowers, donations may be made in her name to either of two favorite causes, the Houston Chapter of Texas Right to Life (713-782-LIFE) or to the Michael J. Fox Foundation promoting research into the cause and cure of Parkinson’s disease.