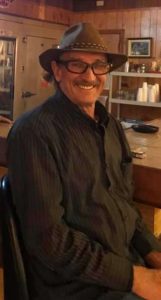 He attend La Marque High School, he was a Welder for 40 years, and a member of 1st Christian Church of La Marque.