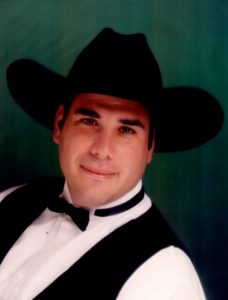 Joseph Zepeda Sr., 55, passed away peacefully surrounded by his family on Wednesday September 1, 2021 at UTMB Hospital in League City, Texas.  He was born on April 16, 1966 in Houston, Texas to John and Mary Zepeda.

Joey grew up in Bellaire, Texas, he was a resident of Hitchcock, Texas, and a resident of League City, Texas for the last 10 years.  He attended and played baseball at Ranger Junior College.  He worked for BNSF Railroad as a conductor for the last 24 years.  He loved sports and coached many baseball, softball and football teams for his children and nephews. Joey was also a volunteer firefighter for the city of Hitchcock. Joey was an avid hunter and fisherman, but he also just loved sitting on the front porch of his ranch in Rocksprings, Texas and enjoying nature.  The biggest joy of Joey’s life was spending time with his children, grandchildren, family and friends.  He always believed in bringing his family together.  He was a devoted son, brother, husband, father, grandfather, friend, coach and mentor. He was loved by so many and will be missed, but never forgotten.

Joey is preceded in death by his father John Zepeda Sr and his younger sister Martina Zepeda.

The Family would like to thank all the medical staff, doctors and especially the nurses a the UTMB League City for their compassionate care.

In lieu of flowers the family request donations be made to the League City Volunteer Fire Department.