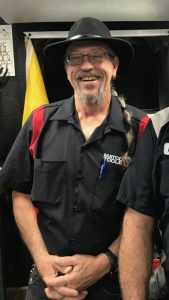 Kent proudly served his country in the U.S. Marine Corp.

He was a mechanic for 30 years, and recently became a distributor for Matco Tools. His time with Matco Tools being the happiest he had been with a job, smiling more on a regular basis than ever before.

Kent had a passion for drag racing. He built and modified bikes for racing. He was also an active member of the Pistola’s Motorcycle Club.

He was proceeded in death by his father, James Rendal Ray.