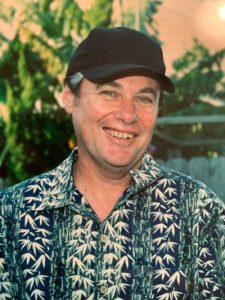 It is with great sadness to announce that John Joseph Boyle, aged 75, lost his battle with PSP (Progressive Supranuclear Palsy) on January 19, 2022. He is survived by his loving and caring wife, Winifred Jean Boyle of Union, New Jersey; 3 children – Heather, James and Evan; and his 5 Grandchildren – Tyler, Kaia, Camron, Caden and Lio. Memorial Services will start at noon on February 12, 2022 at James Crowder Funeral Home in Webster, Texas; followed by a Celebration of Life at Villa Capri in Seabrook, Texas.

Seabrook, Texas has been John J Boyle’s home for the last 35 years, after traveling and living in various places around the world.

Prior to his travels and making a home in Texas, John was born in Jersey City, New Jersey in 1946, to James Michael Boyle and Kathleen M Kelley. John J Boyle is also survived by his affectionate siblings – Kevin Boyle and his wife Anne, Sharon Boyle, Mark Boyle, Brian Boyle and his wife Jane; and a multitude of cousins, nieces and nephews.

John J Boyle had a 40-Year Career as a Civil Engineer and Project Manager with Exxon-Mobile after serving his Country during the Vietnam War. Growing up, John was an accomplished baseball player that received a scholarship to play baseball and study Architecture at the University of Wyoming.

John will be forever missed by all who knew him; and fondly remembered for his exemplary character. John was a dedicated son, brother, husband and father; loyal employee and inspirational boss, and incredibly brave until the very end – fighting a battle he could never win since it has no known cure.

In lieu of flowers and to honor John’s memory, please consider learning more about PSP and a donation to CurePSP.org.