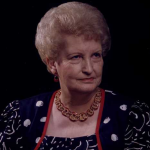 Jo Ann enjoyed playing Bingo and Bridge, taking trips to Vegas with her sister, having dinner and spending time with family and friends, and she was a great cook.

She was preceded in death by her husband Earl Douglas Phillips, her parents, and brother, Gene Arthur Platt.