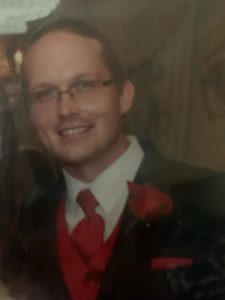 Jason Leggett-Wilson, 35, left this beautiful earth on October 1, 2021. He was a resident of League City, TX.

Jason was a long term employee of SGS where his work ethic set the bar for all who met him.

Jason will always be remembered for the light, passion, and humor that he brought to this world. He is the other half of his wife’s heart and soul and a perfect father. He was the rock of his family, and he went above and beyond in everything that he did. He never hesitated to help a person or animal in need. Over the past several years he and Brittany participated in frequent fitness events including running their first marathon together and striking up a love for triathlons. Animals have been a regular part of their lives together, and Jason helped to heal and rehabilitate several foster pets. Jason also enjoyed brewing his own beer, martial arts, traveling, music, and trying new hobbies. He could always find a way to conquer a challenge. He was never ashamed to put on a costume or crown, have his nails painted, and have a princess tea party or dance off just to see his two baby girls smile.

Prayer was a daily part of his life, and heaven has gained the most amazing angel.

Visitation will be at St. Bernadette Catholic Church on El Camino Real in Houston, TX at 10:30 am. A funeral mass will follow at 11:00 am. Private burial will occur at a later date.

Jason strongly believed in charity and donations, so in lieu of flowers please consider making a donation to the St. Bernadette Christian Action.