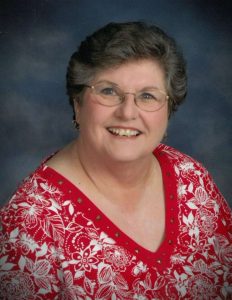 Janet Raye Thompson (68) of Hitchcock, Texas, passed away on September 12, 2019. She was born in Texas City, Texas on January 20, 1951 to Vergie Winters and Edward Spencer. Janet was a lifelong resident of Galveston County and lived most of her life in Hitchcock and Santa Fe. She was an avid supporter of the Hitchcock Athletic Booster Club and the Hitchcock Library. Janet was a member of St. John Lutheran Church of Santa Fe and worked as a florist.

A visitation will be held on Monday, September 16, 2019 from 4:30 to 6:00pm at the James Crowder Funeral Home in La Marque. A service will begin at 6:00pm with Pastor Katherine Redpath officiating.