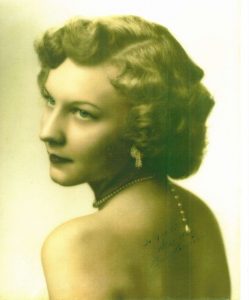 Iris attended Ball High School, graduating in 1955.  She was a very talented twirler for the Ball High Tornettes.  After high school, Iris met Jack Blankenship, dated for three months, married on June 29, 1956.  Iris worked for Texas City National Bank, and then worked for the Falstaff Brewery in Galveston.  Continuing her education, she received her LVN associates degree in 1979 from College of the Mainland Nursing School and started her career at Galveston County Memorial, now Mainland Center Hospital.  Iris retired in 2009 after 30 years of service, receiving many accolades and recognition awards.  Iris was a friend to all who met her, and will be sadly missed by family and friends.

Iris was preceded in death by her parents, Beatrice A. and Jean C. Pitre, her brother George Pitre, sister- in-law, Marilyn Sue Sexton and her son, Bobby Jack Blankenship.

A Memorial Visitation will be from 10:00am – 11:00am on Saturday, December 28, 2019 with the Memorial Service to follow at 11:00am at St. Michael’s Episcopal Church in La Marque with Father Bob Moore officiating.

A Celebration of Life Reception will follow immediately after the service.

The family would like to especially thank Emma Perry Stanley for her loving care and support.