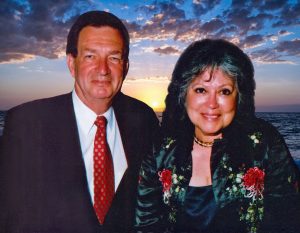 Esther White, 84, of Webster, Texas passed from this life on November 16, 2022.  Esther was born January 27, 1938 in San Diego, Texas to parents, Gregoria Olivares and Teodosio Almendarez.

Esther is preceded in death by her parents; her husband of forty-nine years, Robert White; sister, Gloria Garcia and brother, Israel Almendarez, Sr.

Bob is preceded in death by his parents.

Esther was a seamstress and a member of Algoa First Baptist Church of Alvin. Bob was a numismatist.

In their honor, there will be a visitation on Tuesday, November 22, 2022 at 9:00 am at Crowder Funeral  Home in Dickinson. A funeral service will follow at 10:00 am.  Interment will be at Hayes Grace Memorial Park.