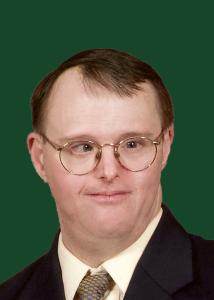 Edward Gerard Quoyeser, 55, of Houston, passed away February 10, 2022 in Katy.  Edward was born July 8, 1966 to Cecilia Ann and Richard Quoyeser in Houston.  He graduated from Worthing High School. Edward was an avid supporter and fan of the Fort Bend Hightower Marching Band.  Edward enjoyed his work at The Center for Pursuit for many years.  He embraced life and never met a stranger. Edward loved sports, being a fan of the Astros, Texans and Rockets along with the football games coached by his brothers. He was a champion bowler and domino player who never lost a game no matter what the score said. Edward was a man of strong faith and lifelong member of St. Frances de Sales Catholic Church where he became an usher.

Edward was preceded in death by his mother.

The family will be receiving friends 9:00 – 10:00 am, Saturday, February 19, 2022, with a celebration of life at 10:00 followed by a rosary, at Crowder Funeral Home Dickinson. You are encouraged to wear your favorite team jersey, shirt, or team colors to honor Edward’s love for sports.