Edd was born in Palisade, Colorad 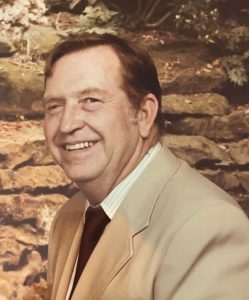 o on May 2ND, 1931 to Russ Patrick McClanahan and Lula Mable Dick. After receiving his education, Edd joined the United States Marine Corps. He completed his basic training in California and was stationed in the Panama Canal. In 1950, he was medically retired from the United States Marine Corps, after losing his eye while on duty. Shortly after returning home, Edd met the love of his life, Elizabeth Keyes, at a skating rink. He married Elizabeth on August 17th, 1951, at the age of 20. They were happily married for 71 incredible years until he passed on September 18th, 2022.

Even after his injury, Edd was still a talented electrician, and was employed as a contractor at military bases. They traveled the United States for his work until they settled in Texas. Elizabeth and Edd were blessed with five children, Leonard Ray McClanahan, Brenda Kay Byrd, Dennis Russ McClanahan, Larry Joe McClanahan, and Michael Allen McClanahan. Edd was a hardworking and loving father, grandfather “Pawpaw”, son, brother, and uncle “Eddie”.