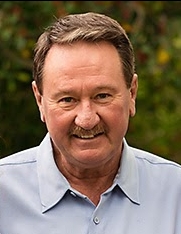 Dwight Diver Judy, 70, passed away March 13, 2019. Born in Chanute, KS, on September 19, 1948, and raised in Hays, KS, he moved his wife and family to Clear Lake Forest in 1985. He and his wife had been residents of League City, TX, for the past 18 years. He retired in 2012 from American National Insurance Company of Galveston after 26 years. He was a member of St. Thomas the Apostle Episcopal Church in Nassau Bay for 33 years, where he served on its school board and helped kick off the tradition of a BBQ lunch at the annual church festival.

Loving husband, father and Granddad and loyal friend, Dwight enjoyed spending time with his grandchildren and traveling with family and friends. An avid golfer, he was a long-time member of South Shore Harbor Country Club.  He also enjoyed hunting, fishing and cooking elaborate and delicious meals for family and friends.

He was preceded in death by his parents, Lee and Charlotte Judy, and brother, David.

A memorial service will be held at St. Thomas the Apostle Episcopal Church in Nassau Bay on Saturday, March 23rd at 2:00 p.m.

In lieu of flowers, the family requests memorials to the 100 Club of Houston or St. Thomas the Apostle Episcopal Church: Gifts and Memorials Fund.