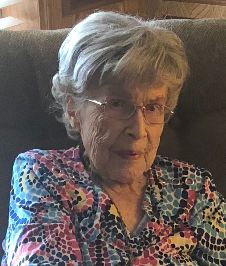 Dorothy was born on October 19, 1926, in Tell City, Indiana, a town “on the banks of the mighty Ohio River” as she liked to say, the second of eight children, to Catherine (Eberle) and Henry A. Strobel. She attended school in Tell City, was the spelling champion of Perry County, and graduated as valedictorian from Tell City High School in 1944. A tireless worker, she was employed by the A&P grocery store in Tell City and at the General Electric factory assembling radio tubes while still in high school, during World War II.

While studying at Carrol College, she met a WWII Navy veteran and native of Red Lodge, Montana, in a biology class, Dominic M. Ferrando. The two began dating and fell in love, and were married on June 10, 1950, at St. Paul’s Catholic Church in Tell City. The couple relocated to Omaha, Nebraska, where Dorothy worked full time as a nurse, and Dominic completed his studies at Creighton University’s School of Medicine.

The couple eventually settled in Butte, Montana, where Dominic practiced anesthesiology, and Dorothy managed the business. She was an avid bridge player, gardener, very active in the St. Patrick’s and the Immaculate Conception Church home and school associations, The Butte Community Concert, and the Homer Club. Bridge remained a passion throughout her entire life. She also enjoyed fishing on the Big Hole River and Georgetown Lake on summer evenings with family, especially her grandchildren.

Dominic passed away on November 6, 2000, a few months after the couple had celebrated their 50th wedding anniversary. Dorothy relocated from Butte, to Pasadena, Texas, in 2001 to be with her grandchildren. Dorothy joined the faith community at St. Hyacinth Catholic Church, and was an active member in ministry and social groups. She also joined a bridge group in Pasadena and played weekly for many years. In her last years, Dorothy attended St. Clare of Assisi Catholic Church in Houston, and became a fixture at the Saturday Vigil Mass.

We will always remember and appreciate Dorothy’s grace and sense of humor, which never left her, even in illness. She was always a lady, and treated everyone she met with dignity and respect.