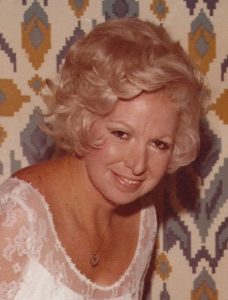 Deanna Marie Pierce-Kirkland, of League City, passed away on May 17th, 2020 at her home in League City at the age of 68. She was born on June 10th, 1951 in Galveston, Texas to John and Margaret Pierce. Deanna was a Christian woman who grew up in the Assembly of God Church. She loved to sing and dance. She had the ability to command a room and have everyone crying or laughing and maybe even both at the same time. She had many different career paths in life and earned a Bachelors of Science degree from the University of Houston. She became a mother at the age of 32 and put everything she had into raising her only child Meredith Kirkland, also known as Mollie. Deanna was preceded in death by her mother and father John and Margaret Pierce, two brothers Conrad and John Pierce, two sisters Barbara Hawkins and Beth McLauren, stepson Jonathan Kirkland and stepdaughter Kourtney Caldwell. She is survived by her loving husband of 39 years Ken Kirkland, daughter Mollie and husband Clifton Perez, mother-n-law Mavis Kirkland, grandchildren Nathan Caldwell, Chase Caldwell, Houston Perez and Brittany Perez. The Family will receive friends on Tuesday, May 26, 2020 at 9:00am with a Celebration of Life Ceremony at 10:00am at Crowder Funeral Home, 1645 East Main, League City, Texas 77573 with Pastor Ron Hindt presiding. Interment will follow the ceremony at Oleander Cemetery in Galveston, Texas. Serving as pallbearers will be Butch Dickey, Charlie Scott, Lonnie Blevins, Chase Caldwell, Robbie Shriner, Don Shriner, Ryan Perez and Matthew Perez.