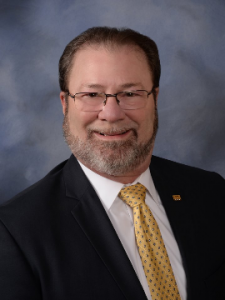 David Doggette Sr. passed away with the love of his life by his side October 8, 2019 in Madison, MS. Dave was born November 1, 1954 in New Orleans, Louisiana to the late Dewey and Harriet Doggette. Dave grew up in Belle Chase, LA and upon graduating high school joined the U.S. Navy where he served on the USS Forrestal in the early 1970’s. After leaving the Navy, he attended the University of Southwest Louisiana- Lafayette and graduated with a degree in Mechanical Engineering in 1979. While he was attending college, he met the woman that would capture his heart, Susan Hasson Doggette. He married Susan on July 15, 1978 spending 41 years married to her.

Dave’s career began as an Associate Engineer in 1979 with what would become Atmos Energy in Louisiana working for 40 years, the last 16 in the Mississippi Division. During his time working in Louisiana, Texas, Kentucky and Mississippi, Dave impacted the company, community, and industry in countless positive ways. In addition to his normal duties, Dave joined the Mississippi Natural Gas Association (MNGA) and served on several Committees to improve the industry. He also joined the Board of Directors in July 2005 and served until his retirement July 2019. During his affiliation with MNGA he became the Association President 2008 – 2009 and was unanimously voted to return for a second consecutive term for 2009 – 2010. He was a founding member of Safety City, a 2-acre complex that serves as a local training center for natural gas and utility operators who are committed to public safety and damage prevention where he has served as President since November 2014 until his retirement. Dave also served on the Mississippi 811 Board of Directors assuming the mantle of President in 2018 until his retirement.

Dave was a man of great humor and kindness. He was a devoted father, grandfather, and great grandfather. He and Susan developed a love of travel and visited many places internationally including the Caribbean and Europe. Being a Navy veteran, he actively supported the local JROTC in Mississippi. In his free time, he spent over 53 years supporting the Boy Scouts in a multitude of capacities such as Den Leader, Pack Master, Assistant Scout Master, and Scout Master. He was so active he was inducted into the Order of the Arrow (the National Honor Society of the Boy Scouts of America), completed and then lead Wood Badge adult training, and received the prestigious Silver Beaver Award. Dave himself was an Eagle Scout (as were all 3 of his sons through Dave’s guidance), and he served on the Board of Directors for the Andrew Jackson Scout Council in Jackson for 16 years.

He was a man of strong faith and was an active member of Saint Joseph’s Catholic Church in Gluckstadt, MS. Dave’s most cherished times were spent with his wife, three sons and their spouses, and grandchildren. He is survived by his wife, Susan Hasson Doggette of Madison, MS; three sons David Jr. (Carol) Doggette of Bowling Green, KY, William Jordan (Cristan) Doggette of Orlando, FL, and Robert (Jordan) Doggette of Carmel, IN. He is also survived by his two granddaughters (Kayla and Taylor), grandson (Sawyer), and a great granddaughter (Isla). The Doggette family is soon to be graced with arrival of a granddaughter and grandson this October. Dave is also survived by his siblings James (Debbie) Doggette, Joe (Deborah) Doggette, and Me Me (Maurice) LeBlanc as well as his many nephews and nieces.

A viewing is scheduled on Thursday, October 10, 2019from 5:30 p.m. to 8:00 p.m. at the Natchez Trace Funeral Home in Madison, MS. There will be a visitation at 9:30 am with a funeral mass at 10:30 am on October 12, 2019 at Saint Paul the Apostle Catholic Church in Houston, TX. A grave side service will follow at Forrest Park East Cemetery in Webster, TX.
To send flowers to the family of David Doggette, Sr., please visit Tribute Store.