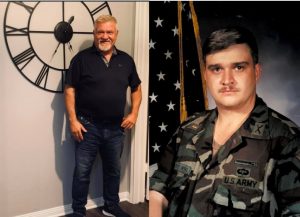 Christopher Edward Kurzadkowski, age 63, passed away peacefully in his sleep on September 17, 2020 in his home in Houston, Texas succumbing to complications from long-term heart disease. Chris was born on April 30, 1957 in Holyoke, MA to Edward and Denise Kurzadkowski and grew up in Danville, CA. He graduated from San Ramon Valley High School in 1975 and joined the U.S. Army immediately following his graduation. After 4 years of active duty service, Chris commissioned into the California Army National Guard based out of Concord, CA and climbed to the rank of Captain until his retirement from his military service. In 1982 he started his first business Light Brigade Hobbies and authored his first book “Engage and Destroy” which was a war game rules and strategy guide for the miniature enthusiast.

During the course of Chris’s business ventures, they took him from San Francisco to the Los Angeles area and lastly to his home in Houston, Texas. Chris took his passion and knowledge from the military and started his final business, Battle Rifle Company, A custom AR Manufacturing company in 2010.

Visitation will be held on Thursday, September 24, 2020 from 11:00 am till Noon followed by a Funeral Service at Noon at Crowder Funeral Home, 111 E. Medical Center Blvd., Webster, TX 77598. Police escorts will lead family and friends to Houston National Cemetery, where Full Military Honors and the interment will take place.