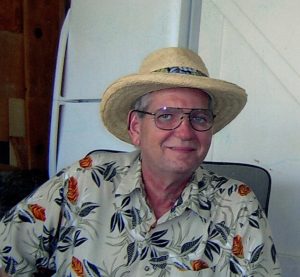 Billy Joseph Bonin, 70, of League City, TX, passed away on January 13th, 2022, at UTMB Clear Lake Hospital, with his beloved wife by his side. Billy was born in Lake Charles, LA to Glen and Georgia Bonin on September 12th, 1951. He was the oldest of 4 children. Billy was educated at Sulphur High School in Sulphur, LA. He furthered his education by studying at LSU and McNeese State University. He worked as a contractor and a car salesman for many years before medically retiring. Billy had a way of making you laugh with his sarcastic sense of humor. He loved spending time with his family, especially his grandchildren. He enjoyed fishing and spending time on the water as well as watching his favorite football teams LSU and the Saints play. He lived life to the absolute fullest and had many stories to tell. To know him was to love him. Billy is preceded in death by his father, Glen Bonin. Billy is survived by his wife, Myra; his son Jason Bonin, wife Jordyn and their 3 children: Karagan, Weston and William; Daughter Jenny David, husband Luke and their two children: Lawson and Logan; two step-sons Kenneth Holland, wife Jami and their two children Nicholas and Zachary and Michael Holland, wife Sarah and their three children: Gabriel, Avery and Jasper. His mother Georgia Lee Bonin. Three siblings Glenda Jeansonne, Lisa Schram, and Mike Bonin. The family of Billy wishes to extend our sincere thanks to the doctor’s and nurses at UTMB Clear Lake, all doctors through the years of his medical history, and all who has sent their prayers our way. A viewing will be held at Crowder Funeral Home in League City, TX January 16th, 2022, at 1PM.

Refreshments will be offered at his home to follow.