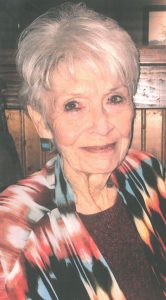 Barbara Sheppard, 80, of Dickinson, Texas passed away peacefully surrounded by her family on September 18, 2021 at UTMB in Webster, Texas.

Barbara was born in Catlettsburg, Kentucky on September 30, 1940 and moved with her family to Texas City, Texas at a young age. She attended Texas City schools graduating from Texas City High School in 1958. She then attended and graduated from St. Mary’s School of Nursing in Galveston in 1961 and became a Registered Nurse. She worked in various doctors’ offices snd hospitals in Galveston County during her time as a nurse. Barbara left her nursing career to help her husband, Jim “Shep” Sheppard, operate Shep’s Automotive in La Marque for several decades. She kept the business open for ten years after his death and finally closed the business retiring at the age of 78. Barbara was a hard-working woman with a sharp mind. Although her body wore out, her mind never did. Barbara enjoyed many trips with Shep in their motor home traveling from coast to coast before he passed away. She enjoyed living on the water for several years in Omega Bay, trips to the barndominium in Marble Falls, going to the casinos, reading a good book at night, playing cards and dominoes, fishing in the boat with Shep, and spending time with her family and friends. She loved having the family together for holidays and birthdays. She had lots of adventures in her lifetime and loved to have a good time. Barbara would often say she lived a blessed life and was fortunate for all she had experienced.

Barbara is preceded in death by her husband of 41 years Jim “Shep” Sheppard and parents Evelyn and L.V. “Tuffy” Spencer.

There will be a graveside service in the mausoleum at Galveston Memorial Park Cemetery in Hitchcock, Texas on Saturday, September 25, at 10:30 am.

Jesus said to her, “I am the resurrection and the life. The one who believes in me will live, even though they die; and whoever lives by believing in me will never die. John 11:25-26

Go rest high on that mountain Mom/Nana. We love you.