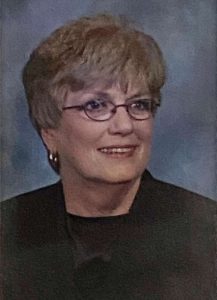 Deanie Barrett, 77of La Marque, Texas passed away on Wednesday, February 17, 2021 in Plano, Texas.
She was born July 3, 1943 in Smith County, Texas to Earl Morgan and Sallie Rebecca Anderson Barrett. Earl who was a native of Troup, Texas was in the Pacific Theater in WWII while Sallie, a native of Arp, Texas was home in East Texas. Deanie did not see her father until she was almost three years old. At first, she was afraid of Earl because she was seldom around men. Deanie started to school in Troup, Texas in 1949 and graduated from Troup High School in 1961. She attended Tyler Business College for two years. In 1965 she moved to the La Marque-Texas City area and worked for the Cotton Compress in Galveston. She was a loyal employee for her beloved city of La Marque for twenty-five years, served on the La Marque City Council for two years and served on the La Marque Economic Development Board for nine years.
Deanie was a member of the La Marque Garden Club. She loved growing flowers and developing a beautiful landscape. You could always spot “Deanie House” on Cedar Street due to beautiful yard and flowers. Deanie was a member of the Northside Baptist Church.
She is preceded in death by her parents, sister-in-law Eva Barrett and dear friend C. J. Leggett. Deanie is survived by her two brothers: Robert Barrett and wife Mary of Mabank and Hugh Barrett of Mabank. She was also survived by niece Kaitlyn Barrett of Austin, niece Haley Barrett Wagner, DO and husband Erin of Dallas, nephew Luke Barrett and wife Jessica of Mabank, great nieces Ella and Audrey Wagner of Dallas and great nephews Morgan and Luke Barrett of Mabank.
A Memorial Service will be held at 1:00 p.m. on Wednesday, March 3, 2021 at the James Crowder Funeral Home in La Marque. The family request that mask and COVID protocol be followed.