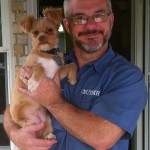 Billy was an awesome baseball player growing up in the community since he was 8 years old. His fondest memories were playing for Amoco Yankees under the late Floyd Treadaway. As an adult, he mastered the crafts of do-it-yourselfers. He was a journeyman Electrician having worked for UTMB in Galveston in the maintenance department for 10 years he was proud of his work, striving for perfection and customer satisfaction. He was a member of the 1st Christian Church in La Marque.

In lieu of flowers donations may be made to the American Diabetics Association.