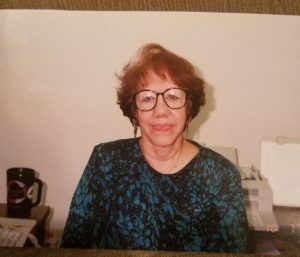 She was the widow of Bentram Agol.  They shared over 20 years of marriage together. She was a devoted wife, mother, grandmother and friend.

Victoria was born in Galveston, Texas on September 23, 1927.  She was the daughter of the late Florencio and Librada Cervera Ramos.  She was predeceased by her five siblings, Felix, Frank, Ross and Joe Ramos and Clara Herrera.

Victoria retired from the Cotton Exchange in Galveston after 30 years of service.  She was a devout Christian who cared deeply for friends and family and was always known to put others before herself.

She is survived by her two sons, Patrick Agol and his wife Shannon of Plugerville, Texas,

and Michael Agol and wife Adrienne of League City, Texas; two grandchildren, Patricia and Megan and two great grandchildren Dre and Gracie.  She was also survived by her dear niece, Francis Herrera.

Memorial service for immediate family will be held at Crowder Funeral home in Pearland, Texas on Saturday, April 4, 2020 at 1:00 p.m.

Please copy and paste the link in your web browser and it will take you directly to Mrs. Victoria’s live stream.  https://youtu.be/H3pxMy7HsWs

“I have fought the good fight, I have finished the race, I have kept the faith”