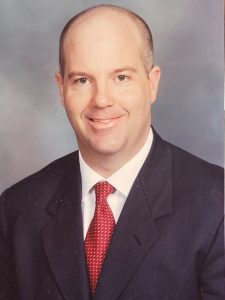 He was born November 15,1961 in Albuquerque, New Mexico and moved to the northwest suburbs of Chicago, Illinois when he was five years old. Steve attended elementary and middle schools in Arlington Heights, Illinois and graduated from Hoffman Estates High School, Hoffman Estates, Illinois. He received his undergraduate degree in 1991 and his master’s degree in 1993, both from Northern Illinois University in Mathematics, Probability & Statistics.

Steve was employed by Rush-Presbyterian-St. Luke’s Medical Center Chicago, Illinois from 1993-2000. He went on to work as a Biostatistician for Loyola University Medical Center from 2000-20003. In 2003, he founded a successful consulting business, Statistically Significant Consulting.

Steve relocated to Elche, Spain in 2012 and lived there for nine years. He moved back to the United States in 2021. He enjoyed building his business and helping doctoral students, car racing and was an avid reader. Steve is survived by his mother and father, Peggy and Boyd Creech of Hoffman Estates, Illinois, his brother Michael Creech (Patricia) of Kemah, Texas, Sandi Pusateri (Frank) of Palatine, Illinois, Russell Creech of Batavia, Illinois and five nieces and nephews.

Steve was very much loved by his family, and he always took time to put family first. He was kind beyond words, gracious and generous and always ready to encourage us in every way when we needed it. Steve will be missed so very much.