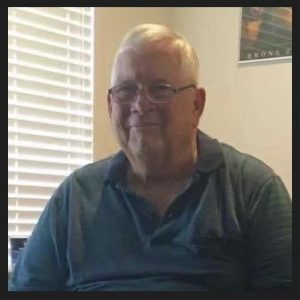 Stahl Archibald Whitten III, age 82, passed away on Monday January 16, 2023 in League City, Texas. He was born on January 26, 1940 in Danville, Illinois to Stahl Archibald Whitten II, and Cecilia Whitten. Stahl is survived by: his daughters, Joy (Gary) Talley, Kimberly (Eric) Alexander, and April (Phillip) Spain; son, Bruce (Rocel) Whitten; sisters, Marsha Eavenson, and Peggy Guillie; brother, Robert Whitten; grandchildren, Justin Talley, Melisa Gunn, Russell Whitten, Cody Alexander, and Audrey Spain; great grandchildren, Trevor Guerrero, Bradyn Gunn, Isabella Whitten, Anthony Talley, as well as numerous family members and friends.  He is proceeded in death by his beloved wife Sandra Whitten, his brother John Whitten, and his parents.
When his nation called, he answered by joining the US Army. Stahl worked briefly as a Texas State trooper but found his calling as a technician for GTE/Verizon.  Stahl found great joy in coaching little league baseball and softball. Several nights a week were spent at the fields with dinner being from the snack bar.  Many of the relationships he made with his players have lasted to this day.  After retirement Stahl became a regular at the smoke ring.  Watching the price is right with his friends while he enjoyed a cigar became his daily ritual.  Stahl enjoyed going on semiannual cruises with his brother Robert Whitten, especially looking forward to Ponchos Back Yard.  Never going further into Cozumel than this.  He was a people person and loved to make a friend everywhere he went.  Above all else he loved his family, and spending time with them.  Words cannot convey how caring a person Stahl was.  He felt genuine empathy for everyone he met.  The lives he touched are uncountable, and the impressions he made are indelible.
On Friday, January 27, 2023, at Crowder Funeral Home, 111 East Medical Center Blvd. Webster TX, 77598, Stahl’s family will greet guests, during a viewing and visitation from 1:00 pm to 2:00 pm. A Funeral Service will follow at 2pm. Interment with Military Honors will take place at Forest Park East Cemetery, Webster, TX. Those wishing to make a memorial donation in Stahl’s memory may do so to The American Heart Association at www.heart.org