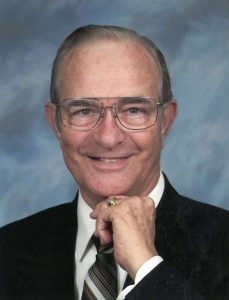 Robert “Bob” Edward Dixon passed into the arms of Jesus on Tuesday, July 2, 2019 at LBJ Skilled Nursing Home in Johnson City. He was born in Thomasville, North Carolina, the second of seven children to Robert and Mary Dixon. He is preceded in death by his parents; sisters Dorothy Payne and Margaret McCoy; daughter Debbie Dixon Starkey; grandson Jason Crainer and his beloved wife Mollie.  He is survived by brothers Thomas Earl and Paul Donald Dixon; sisters Mary Louise Benton and Ruth Shutt; children: Mike (Rosalee) McClain, Angela (Gary) Crainer, daughter-in-law Gina (Ansel) Ploss; grandchildren:  Melissa Foster, Jerry (Dawn) McClain, Sunny (Gabe) Trinity, Josh (Ayvrie) Dixon, Adam (Sharon) Dixon, Jack Ploss (Jennifer), and Kelsey (Randy) Mossong; 13 great-grandchildren; numerous nieces and nephews.   Bob was raised on a farm in Penderlea, North Carolina. There he learned his tireless work ethic, willingness to learn, and became a life-long Christian. He was in the National Guard and then was drafted into the Army during the Korean War. While in the Army, he made a contact that recognized his mechanical and other abilities. He trained Bob to be a finish carpenter, HVAC, and plumber. Bob also ran an auto tune-up business during this training time. When the Cuban Missile Crisis erupted, Bob was asked to work for a government contractor installing  missiles for SAC. When the contract expired, he went to work for University of Texas Medical Branch in the Physical Plant. He remained there 27 ½ years until retirement in 1992. Upon retiring, Bob and Mollie traveled to Hawaii, Europe and most of the U.S States and Canada. He loved fishing and hunting and spent a great deal of time in the Kerrville area. In 2000, he and Mollie moved permanently to Kerrville. He devoted most of his time to caring for Mollie after moving to Kerrville. He will be remembered for his uncanny mechanical skill; being “Gadget Guru”; a proud and loving “Papaw” and “Grandpa”; and the best man we could have asked for to be our Dad.   Visitation will be held on Tuesday, July 9, 2019 from 5pm to 8pm at James Crowder Funeral Home in La Marque. A funeral service will be held on Wednesday, July 10, 2019 at 10am at the funeral home with internment to follow at Galveston Memorial Park in Hitchcock, Texas.   Pallbearers are Josh, Adam and Mason Dixon, Randy Mossong, Jack Ploss, and Eddie Mathison.   Honorary Pallbearers are Gary Crainer, Jerry McClain and Frank Foster IV.   The family requests in lieu of flowers and plants that donations are made to either Methodist Children’s Home at 1111 Herring Ave., Waco, TX 76708 (www.mch.org) or Wounded Warriors Family Support at   11218 John Gait Blvd., Ste 103, Omaha, NE 68137 (www.wwfs.org).