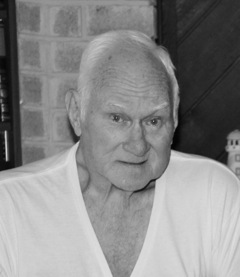 Robert loved to spend time in his boat fishing at his favorite fishing holes, working on stained glass, collecting coins, and spending time with his family and friends. He was always there to help his kids on household projects and relatives for whatever they needed him for. Robert was a loving husband, father, grandfather, and friend to everyone.

The family welcomes you to a remembrance/visitation on Friday, June 8, 2018 at 4:30 at Crowder Funeral Home, 111 East Medical Center Blvb. Webster, TX.