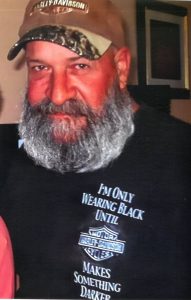 Richard Schneider, 65 of Texas City passed away September 15, 2020 in Texas City.  He was born on October 17, 1954 in Galveston, Texas to Henry and Geraldine Schneider.

Richard was a longtime resident of Texas City and was a Plumber with Local 211.

Arrangements are under the direction of the James Crowder Funeral Home, La Marque.

A Celebration of Life will be scheduled at a later date.