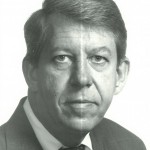 Paul G. Weaver, Jr. (Jerry) passed away on Thursday, July 17, 2014. Jerry was born and grew up in the Rio Grande Valley of Texas. He graduated from Donna High School in 1959, and from The University of Texas, Austin in 1964. He moved to the Houston area in 1965 and worked as an accountant/financial manager throughout his career. Jerry married Shirley Locklin in 1968, and together they raised her three children from a previous marriage and one son of their own. Jerry is survived by Shirley, their son Paul G. Weaver III, stepson James Moore, stepdaughter Julie Taylor, and by grandchildren, Paul G. Weaver IV, Stephanie Taylor, and Jaycee Moore and great-granddaughter, Trinity Weaver. Jerry was a longtime Christian, a strong conservative, and someone who valued personal integrity above all other personal traits. A Celebration of Life Ceremony will be held on Thursday, July 24, 2014 at 3 o’clock at Crowder Funeral Home, 1645 East Main Street, League City, Texas 77573.