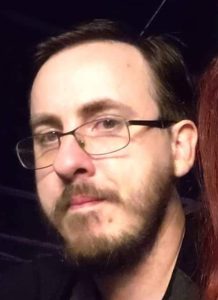 Paul (Cameron) Barcelo, passed away peacefully surrounded by his loving family and friends on June 19, 2022, at his home in League City, TX at the age of 46. He was born September 6, 1975 in Pasadena, Texas.

Cameron graduated with a bachelor’s degree from Western Governors University and worked as a software developer in the gaming industry. Cameron loved his video games and a good glass of scotch. Cameron also had a passion for music and played the bass in a punk band and was always up to his shenanigans. Later in life he found God and devoted a great deal of time to Bay  Harbour United Methodist Church.