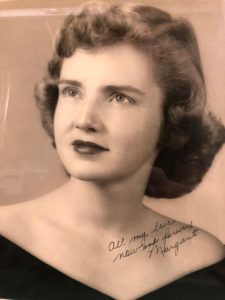 Margaret earned a BBA in education from Harding College in 1956. She worked as an elementary teacher for Ferguson/Florissant School District in St. Louis, Missouri for nearly 50 years. She received her Master in Education from Maryville University.  Margaret was a member of the Florissant Church of Christ, a board member for Christian Family Services, worked with a homeless ministry called Room at the Inn, put in many hours cooking and teaching at Camp Ne-O-Tez, a summer camp for children. She taught countless Bible classes for women and children of all ages. In her early retirement years, she taught at the Christian Academy of Greater St. Louis. Teaching was not only her profession, but it was also her life’s passion. In 2012 she moved to Houston, Texas and began attending the Clear Lake Church of Christ. Throughout her lifetime, she modeled daily a life that sought to follow Jesus.

A memorial will be held on Saturday, March 5th at 2:00 pm at Clearlake Church of Christ, 938 El Dorado Blvd, Houston, TX 77062. In lieu of flowers those wishing to make a memorial donation in Margaret’s memory may do so to Christian Family Services, 7955 Big Bend Blvd, Webster Groves, MO 63119.