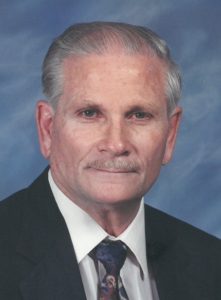 Larry L. Plasek (76), of La Marque, Texas, passed away on Friday, May 11, 2018. He was born in Texas City, Texas to Christina and Frank Plasek on January 16, 1942. Larry was a lifetime resident of La Marque and graduated from La Marque High School in the Class of 1960. He worked for Union Carbide Chemical Company, was a member of Queen of Peace Catholic Church and in the Knights of Columbus-La Marque Council.
Larry is preceded in death by his mother and father, brothers; Frank, Eugene and David, and sister; Katherine. He is survived by three sons; Lee Plasek and wife Amy of League City, Jeff Plasek and wife Susan of Dickinson, and Darin Plasek and wife Monica of La Marque, sister; Mary Lou Sandberg and husband David, ex-wife and mother of his children; Susan Plasek, six grandchildren and two great-grandchildren.
Visitation will be held from 5:00pm to 8:00pm on Tuesday, May 15, 2018 at St. Mary of the Miraculous Medal Catholic Church in Texas City. A funeral service will begin at 10:00am on Wednesday, May 16, 2018 at St. Mary of the Miraculous Medal Catholic Church in Texas City, with Father Clint Ressler officiating. Interment to follow at Mt. Olivet Catholic Cemetery in Dickinson, Texas.