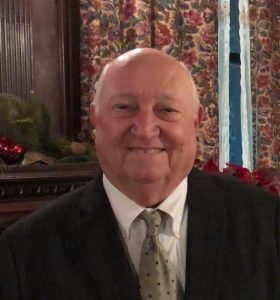 Larry Anthony Deaton passed away on Wednesday, October 17, 2020 in League City, Texas at the age of 75. Larry was born on December 14, 1944 in Houston, Texas to James Edgar Deaton and Minnie Lorine Bell. Larry graduated from Austin High School and received a Bachelor of Science in Technology degree at the University of Houston in 1978. Captain Deaton was a decorated Vietnam War veteran.  He served 2 campaigns receiving a National Defense Service Metal, 2 Purple Hearts, Vietnam Service Metal, Gallantry Cross with Bronze Star, Bronze Star Metal with V device, Combat Infantry Badge, Army Commendation Metal and Vietnam Campaign Metal. Larry Deaton was employed with Southwestern Bell for 33 years.  He retired in 2000 as an Area Manager. Larry loved going fishing with his friends and family.  He took every chance he could to be out on his boat with his line in the water. Larry is survived by his wife of 39 years, Beverly Turney Deaton, his loving daughter, Kelly Ruth Roush, and Sons Wesley and Sean Deaton, 4 grandchildren and 2 great grandchildren. Our family will be holding a private memorial service in remembrance of his life.