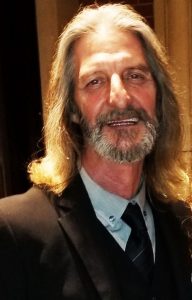 Kenneth E. Fuller, lovingly known as Ken or Kenny, passed away at the age of 62 in Houston, Tx on January 14, 2022.He was born in Harrisburg, Pennsylvania as the 3rd of 4 sons to Ben and Clara Viola (Campbell ) Fuller.

Kenny adored music, it was in his soul. He moved to Nashville, Tennessee in 1990 and became a published songwriter, recording two albums. He performed with many country artists, including Earl Thomas Conley, Doug Stone, David Frizzell, and at the country music Hall of Fame. He later would become a professional tour bus and truck driver, in addition to his already many talents as a welder, carpenter, and master mechanic. His travels led him to every corner of the 48 contiguous states, with over a million miles traveled with zero incidents leading to numerous safety awards. Ken was so well regarded in that nature that people claimed they wouldn’t go if he wasn’t driving. At one of the shows, a very special one, he met the love of his life, Jeanie Rochelle. In 2012 they married and settled in Dickinson, Texas and created a new a beginning together. He continued to play music for family and friends with the same passion and love he always had. He was an amazing Husband, Dad, Papa Bear, Pappy Ken and Uncle Kenny. He left a lasting impression on anyone he met. The entire family couldn’t wait until the next time they could see him. Kenny was a shining light of laughter and love, who will forever be in our hearts.

Kenny was preceded in death by his parents, Ben and Clara, brother, Paul Fuller, mother to his children, Luella Fuller, and one granddaughter, Bridget Boyd.