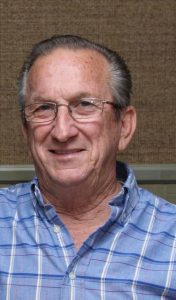 James Richard Handy, 81, a resident of Alvin, TX for 24 years, passed away on February 9, 2020 in Houston, TX. James served his country in the U.S. Navy and retired after 43 years of service with Powell Industries.

James is preceded in death by his parents John and Dixie Handy; sister, Susanne Pierce.