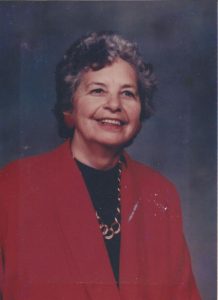 Emma Jean (Richardson) Avey passed into the arms of her Lord and Savior, Jesus Christ on May 24, 2020.

Jean was born on November 30, 1931 to Houston and Era Brister. She spent her formative years on a farm in Sieper, Louisiana during the deepest Depression years and WWII. She graduated from Oak Hill High School and attended Northwestern State University in Natchitoches, LA.

In 1951 Jean married Harry Richardson while he was serving in the US Navy. After the Korean War ended, Harry and Jean moved to Houston, TX and then to La Marque, TX.  Harry worked at Monsanto Chemical Plant in Texas City, TX while Jean raised their four children, Marilyn, Don, Sandra, and Carolyn.

Jean worked at UTMB in Galveston, TX for many years, a career that she enjoyed and excelled in.

In 1981 Jean married Floyd Avey, an engineer at Rockwell International (NASA). She moved to Seabrook, TX where she lived the rest of her life.

Jean had many passions, but those at the top of her list were her family, good food and the Houston Astros. Many of her children’s friends considered her a second Mom. She never missed a sporting event, kept score at baseball games, and even chaperoned a fun camping trip to Garner Sate Park. Growing up, she was active in 4-H and enjoyed the Garden Club in her later years.

Because of current world conditions, services will be determined at a later date.

The family would like to thank A*Med Hospice Care for the excellent care they gave their mother during her last days.