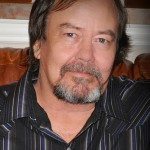 Edwin Franklin “Frankie” Williams, 59, passed away on January 17, 2014 in Webster, Texas. He was born on June 8, 1954 in Hughes Springs, Texas to Earl and Clara Williams.
Frankie was owner/operator for Williams Transportation for many years. He enjoyed God’s country, and being outdoors. He loved hunting, fishing and the casino’s. He loved his family and talked often of his nephews and nieces. How proud he was to be their Uncle.