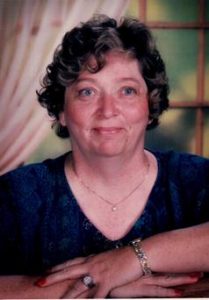 Carol Jean Tyson Richardson, age 72, passed away on October 4, 2019, in Houston, Texas. Carol had been a Southbelt resident since May 1975. She served as a board member for both the Sagemont Beverly Hills Little League and the Sagemont Beverly Hills Softball Association. She was also a scorekeeper for both leagues. Carol had a career as an elementary school teacher that spanned almost 30 years. Her last 23 years of teaching were as a kindergarten teacher at Crespo Elementary in HISD. She taught with both patience and love. She was born on May 27, 1947, in San Antonio, Texas to Melvin Clifford Tyson and Ruby Buesing Tyson. She graduated as class valedictorian at Robert E. Lee High School in San Antonio. She graduated from the University of Houston with a B.A. in Psychology. Carol and her husband, John, were college sweethearts, meeting at TCU when they were both 18 years old. They were married in April 1968, and began their once upon a time.
Carol is survived by her: husband of 51 years, John Richardson; daughter, Shawn Richardson Leslie and her husband, Craig Leslie; sons, Kenneth Richardson and Paul Martin; sisters, Shirley Tyson McCall and Debi Tyson Jurek; brother, Wayne Tyson; grandchildren, Jacob Leslie, Joshua Leslie, Megan Richardson, and Morgan Richardson; and numerous family members and friends.
She was preceded in death by her daughter, Shellie Richardson Martin.
Carol’s family will receive guests from 6:00 p.m. on Friday, October 25, 2019, at Crowder Funeral Home, 111 E. Medical Center Blvd., Webster, Texas 77598. A funeral service will follow at 7:00 p.m. Carol will be laid to rest at Miller Creek Cemetery in Johnson City, Texas.