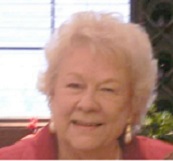 Charldeen was active in the Houston Power Squadron, the Republican Party and many Garden clubs. She was an active member of the United Garden Club in Houston and Kemah – Bay Area Garden Club. She served as President of KBAGC for 2 years and President of the Gulf Coast Garden Club’s forum for 1 year and is a lifetime member of the Texas Garden Clubs of District IV. She was also past President of Houstonaires Republican Women’s Club. In the Power Squadron, she assisted her husband in all his endeavors during his tenor of Commander, which included being First Lady. Charldeen was honored to be a member of the Grand Jury in 1980, and was on Water Board #15, as well as Little Riviera board.

Charldeen is predeceased by her mother, Charldeen Brown Buchanan, her father, James C. Watts, her stepfather, Dr. Webb H. Buchanan, as well as her sister, Janet Buchanan Richardson and brother, John Watts. To the day she passed, her heart continued to hurt with the loss of her daughter, Synthia Marie Harding Stevens, and her beloved husband of 70 years, Kirby Lloyd Harding.

A visitation will be at Crowder Funeral Home – Dickinson on Thursday, April 7, 2022, from 9 – 10 AM, then a service at 10:00AM, followed by a graveside service at Forest Park East.