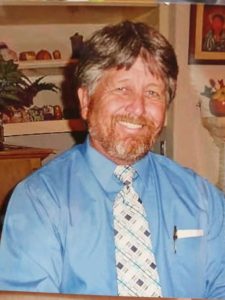 Bruce was a man that lived his life serving the Lord, he believed he was a disciple of Christ here to spread the Gods word.

He loved his wife Cookie “as he says” more that words can describe, He was a great father to his children as well as a father figure to so many. He was the rock of the family and the go to guy for everyone and everything. His grandchildren meant the world to him there is nothing he would not do for them. Bruce was always first in line to help someone in need no matter what it was he would find a way to help, and patsy wouldn’t have it any other way. He enjoyed playing golf, especially his weekly golf dates with his son Buster, as well as coaching softball as he’s done for many years. To our Beloves Son, Husband, Father, Brother, Grandfather & friend; Bruce Beam, we will forever hold you close to our hearts, we will miss you & love you always.

(To the moon and back)