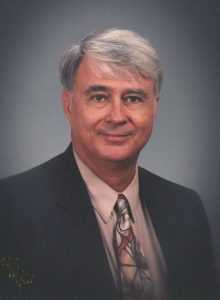 Bobby was born in Athens, Texas but spent majority of his life in Texas City, Texas. It was in Texas City where he worked at Monsanto Refinery and Sterling Refinery for forty years, and he was a Union Stewart and firefighter.

Bobby loved to spend his spare time by exercising, hunting, traveling, watching football and spending time with all of his girls.

He is preceded in death by his parents Delmas L. Sanders and Ruby Lee Harris. He is survived by his loving wife of sixty-two years, Phyllis Sanders, two daughters; Shelli Sanders and Jill Quaratino (Jeff), one sister; Gail Pryor (Pat), two granddaughters; Leann Williams (Brandon) and Natalie Quaratino, and one great-granddaughter; Ellie Williams, as well as a host of extended family & friends.

Bobby was a hard worker and was loved by everyone that knew him. He would do anything for others and always put his family first.

Visitation and funeral will be on Wednesday, October 13, 2021. Visitation will be at 1:00 pm and the funeral will follow directly after. Services will take place at First Baptist Church (10000 Emmett F Lowry Expressway Suite 2000, Texas City, TX 77591) with and interment to follow Forest Park East in Webster, Texas. Services are under the direction of James Crowder Funeral Home – La Marque.

We will miss you Poppi.